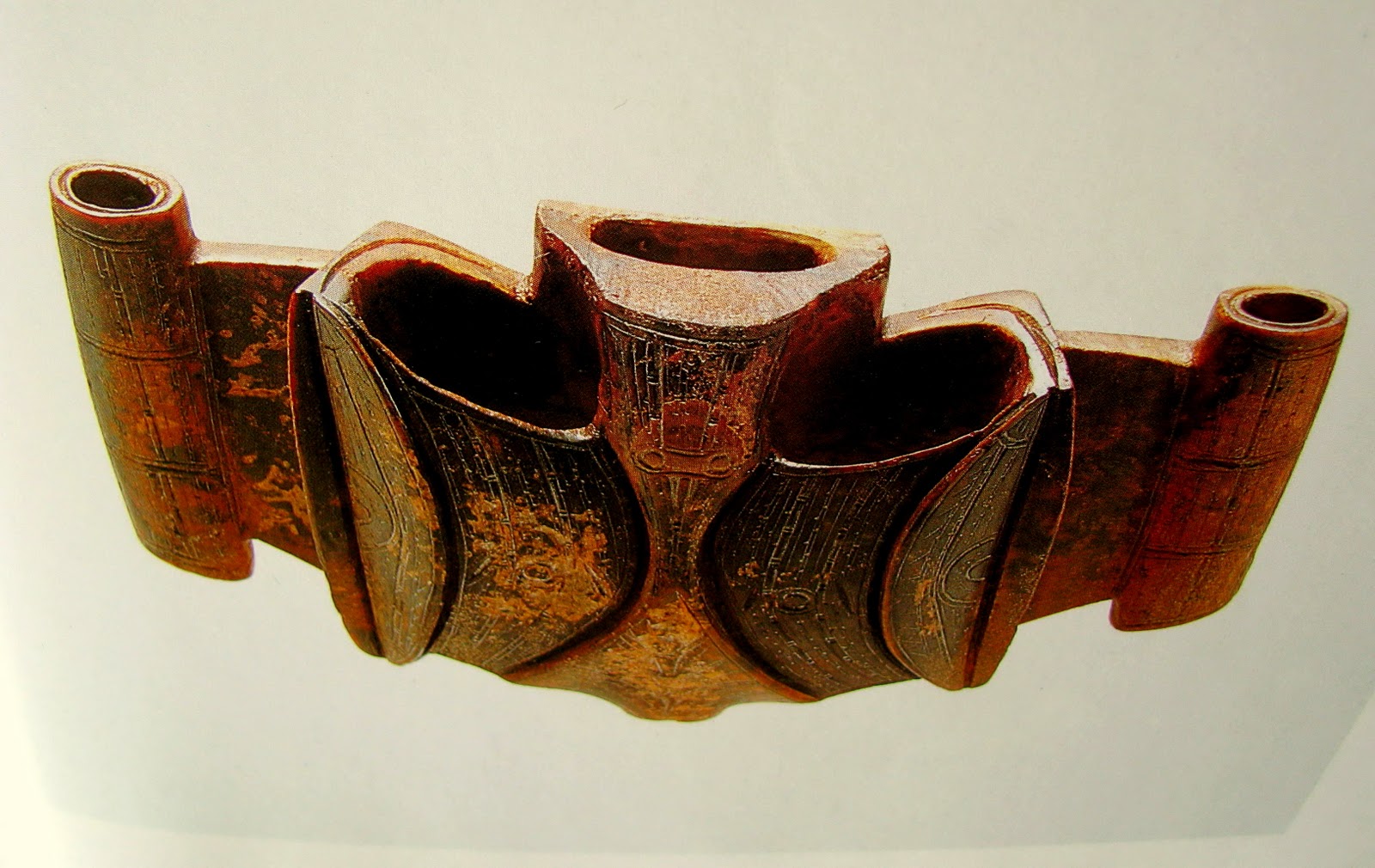 "The term: "Ancient Aliens" is alien to many, but when interest added with effort is present, one can discover undeniable revelations that 'others' have been coming and going to this planet for thousands of years, leaving behind certain technologies, and impressions on the populations as they do and did."  "This (photo) of a sculpture was discovered on the Siberian side of the Bering Straight with an established age of 3000 years.  Found with it was a burial of an ancient "Okvik" Inuit (Eskimo) in ice.  The 'motif' is referred to by the locals as 'Winged Objects' and has a strange similarity to a Jet Aircraft.  Intricate incising all over the object is very much as construction lines (by memory) by the carver.  It is my findings that a major percentage of discoveries from these cultures reflect something they had viewed outside of their normal environment...UFO flying objects of various designs along with semi-Human identities also sculpted from walrus ivory."
Posted by Mammoth at 4:38 AM

Mammoth
"Alone...'Solo'...and not for a short time...a lifestyle under the sky" "The land as it teaches us it's way to our soul"